This post is part of the Epilepsy Blog Relay™ which will run from June 1 through June 30. Follow along!

Retreating to the fine art of understatement, I’m bummed.

I love seeing the signs being held up, children high in the air, kisses, and smiles of achievement when social media notices that someone is X months or X years seizure-free hit my mailbox.  There’s such hope, and a belief in change drives each person’s story. 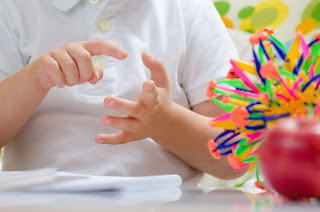 And whenever I talk about my epilepsy, I begin by saying how lucky I am to have controlled epilepsy.  As long as I take my four-times-a-day meds, I can prevent tonic-clonic seizures, living a life as if I didn’t have epilepsy.  What could I possibly have to complain about?

I was looking forward to my “five years with no seizures” notice going out into the ether with my victorious smile.  I marched through the months leading up to the time, even mentioning to others that I soon would be five years seizure-free.  Then, six weeks shy of making it, I had an aura that, thankfully, my husband spotted.  In my altered state, he patiently coaxed me to take my meds and lorazepam to avert a full-flown seizure.  When I was fully functional, it dawned on me that auras are seizures, in themselves.  No.  I hadn’t suffered the upending tonic-clonic seizure, but I would no longer be “five years seizure-free.”

So, what’s the big deal?

Yes, it, in fact, would have felt like some sort of accomplishment, even though those who fight seizures every day are much greater champions than I.  Being seizure-free makes me “normal,” but, let’s face it, there’s no real normal, not even any other kind of standard like the politically-correct “typical.”  So, there’s no great achievement in either of these.

For those who are people with severely uncontrolled seizures, these are joyous marks of time.  They’re meaningful.  What about those 70% of us with largely controlled conditions?

One thought comes to mind.  When I tell others that I have epilepsy, as enlightened as they may be, I usually sense them stiffen up, as if to say “Oh, no!  Could it happen right now?”  By my following the big reveal of my epilepsy by quickly saying “it’s controlled, and I haven’t had one for X years,” I see their shoulders ever so slightly release their stress, and the conversation moves on in an interested, calm way.  They usually want to know more about epilepsy, and it opens up an opportunity to educate others on what to do if someone has a seizure and more about epilepsy in general.

In other words, being X months or years seizure-free can help us move the needle on epilepsy awareness and understanding… and it can help ease the path for those who hide their condition to come into the light, saying “I, too, live with epilepsy.”

NEXT UP: Be sure to check out the next post at livingwellwithepilepsy.com for more on epilepsy awareness. And remember, you also can check out any of the Epilepsy Blog Relay posts you may have missed.