YouTube's "Impulse" -- a Win for Epilepsy!

on June 24, 2018
Let’s hear it for the good guys!!  Add one more to the short list of films and series that don’t have negative images of people with epilepsy.

In YouTube Premium’s Impulse, based on the novel by Stephen Gould and directed by Doug Liman, Henrietta's (Henry's) seizures become portals to her superhuman power, teleportation.  Sure, while intelligent, articulate, and physically attractive, she’s depicted as a funky, emotionally damaged 16-year-old who is slightly self-conscious of her epilepsy.  However, most of her problems are attributed to her lack of a stable home.  Her father disappeared when she was young, and she has moved around since, her mother’s flights from towns along the way precipitated by relationships gone bad. 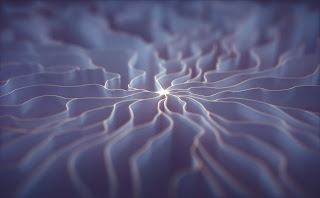 Henry only refers to her epilepsy’s making her feel like an outsider once, maybe twice.  And there’s no evidence that others at school or in the town look at her any differently because of her condition, even after she has a seizure in the middle of class.  With stigma radar on full blast, I watched all 10 episodes, waiting for the hammer to drop.  Surely, there would be something reflecting the prejudices surrounding epilepsy.  Honestly, I couldn’t find anything.  The only factor separating her from the other students seems to be her own loner proclivities.  Even the popular, big-time school athlete is attracted to her.

Also, Impulse depicts correct responses to seizures and therapies.  There were no wallets put in her mouth or attempts from others to hold her down when seizing.  Alsop, it refers to medication used in the real world – lamotrigine and carbamazepine as therapy and lorazepam as a rescue med.

One other recent movie, Snowden, depicts a real-life brilliant man with epilepsy, Edward Snowden.  There are rational people who might take issue with his whistleblowing on the NSA, thinking him a traitor; other rational people see him as a hero.  Whatever one’s feelings, there’s no getting around the fact that he’s a genius, and the only reason he rejects caring for himself in the face of his epilepsy is that his carbamazepine slightly hinders his cognitive abilities.  And let’s face it, that’s a fair criticism of AEDs.  Also, this is another movie in which no one looks at him in a different way because of his seizures.

Now, I’m fully aware that many people feel stigmatized, especially when it comes to employment.  Goodness knows, I have.  Nonetheless, I’d like to think that these popular films hold a mirror up to society’s progress when it comes to prejudices against epilepsy.  And in perhaps most regions in the world, they do.  That said, many of us still hide our epilepsy, stigmatizing ourselves.  The more we can accept who we are, realizing that there is no one picture of someone with epilepsy in the minds of many out there, the sooner others will see us as who we are – just people, often particularly strong because of our medical challenges.

Ever since The Andromeda Strain, we with epilepsy have felt negatively represented in almost all movies depicting seizures.  Could it be that change is with us?  And are movies and tv series such as Impulse, reflecting it?  Can all in the epilepsy community join in the evolution, too?