Innovating Our Strategies to Fight Stigma

The time has come for innovation.  I’m not talking about in technology, but rather in how we fight to change the perception of epilepsy in the general public, fight the stigma.  We’ve tried a handful of strategies…

I've not heard that they've worked well yet. 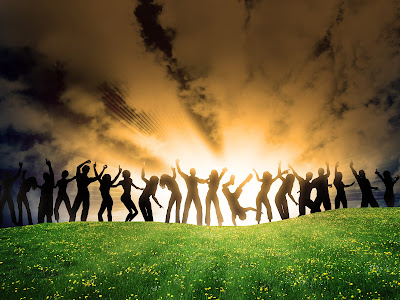 As for me, my thinking was turned upside down during a recent brainstorming session on reducing stigma with five members of Epilepsy Foundation New England community, one from the national Epilepsy Foundation, and six local business school’s alumni with marketing backgrounds participating.  The headline outcome:  The epilepsy community should stop talking about stigma.  We shouldn’t even use the word.  And in many cases, attention is drawn to the issue by those of us whom researchers say experience “felt” stigma vs. stigma “enacted” by others.

In other words, to a large extent, we are the ones who unwittingly perpetuate the stigma.

As I see it, in many, perhaps most, regions these days, the majority of people don’t truly look down on us.  Sprouting from our own unmerited shame, we can misinterpret many different reactions others may have when they learn we have epilepsy.  Do they display an element of surprise that feels like blow-back on us?  Not knowing of the language subtleties, might they refer to us as “epileptic” and our seizures as “fits?”  Do they unconsciously anticipate that we might have a seizure right then, and they won’t know what to do?  That’s frightening, and they may have other emotions at play.  Yes, it’s possible that certain people might harbor old-fashioned prejudices, but there are fewer and fewer.  Why, then, would we bring stigma to someone’s attention who may not know of it?  They likely won’t advocate for us.  But might they slowly be infected by it as they mull over the issue?  Probably not, but maybe.

This isn't to say that "enacted" stigma by others doesn't exist.  Goodness knows it does, and a high number of instances are found in the workplace.  Nonetheless, we need to innovate our strategies.  Let’s first call for an attack on ways that we inflict prejudice against ourselves.  Where did we first get it and what damage is it doing to us, even by psychological extension?  Second, how do we get to those now in hiding whose seizures are controlled who, nonetheless, hide their conditions to start telling people about it?  I wish I knew.  Thus, here’s the greatest need:   Joining together as a community to determine new strategies to destigmatize ourselves and others with epilepsy from our own prejudices.

To say the least, we need to figure this out together!

Living Well With Epilepsy’s Epilepsy Blog Relay™ is an epilepsy awareness movement to designed to maximize collaboration and eliminate stigma. Thank you to our generous sponsors and partners