Guest Post by Shan O'Meara: They're Not Going to Get Me

on April 01, 2018
My life has been filled with much turmoil, been full of angst and unfortunate luck. There have been four specific incidences that add up to make me the man I am today. The many hardships I have endured throughout my lifetime, each misfortune, each one has not now, nor will they, ever have me on my knees ready to crumble. I am simply too dumb to fail and never know when to say enough is enough 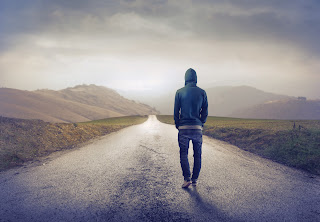 From a traumatic brain injury at age ten; the onset of seizures at age twenty; the three disc herniations in my lower back at age thirty-two; and most recently, a cancer diagnosis at age forty-four, would be enough toto make some people quit, throw in the towel, but not me. I just consider it as another challenge, the next step in the game we call life. In my life, I have known nothing else.

Without going into too many details, each of these four injuries will never be healed for as long as I live. I have not now, nor will I ever, have a chance to rid myself totally of them. The brain injury, though a once and done thing, was a springboard for the seizures to start ten years later. Out of the four total injuries, these are the only two that are related. The other two, the back injury and cancer, did not cause the other, nor are they related to the brain injury and seizures. Lucky me!