The Shame of the Seizure

on December 29, 2017
We’re closing down another year, and my wish for 2018 is that we together end the humiliation that many of us with epilepsy feel.  To begin, we need to ask the simple question of why.  Why do we feel this way in today’s culture (at least the culture in the area I live)?  What about other conditions that cause seizures?  For instance, are people with diabetes or hypoglycemia embarrassed?  They also have seizures.  Maybe, they’re ashamed, but it’s not likely. 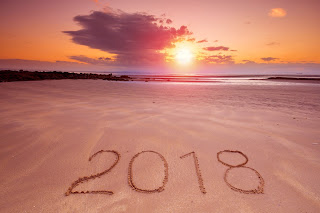 As for me, I hid my epilepsy for more than 30 years before escaping the secret, bringing it to light.  I’m open and find most people around me simply want to know more about my condition rather than associating it with something evil, as they may have in days past.

However, when I have one of my tonic-clonic seizures, I force down shame, distressed by how ugly it must have looked and if I scared anyone.  Did I urinate? Did my eyes roll back?  Did I turn gray?  Were there children around who were terrified?  How many people did I inconvenience or worry?  And what was everyone guessing was the source of it?  Drugs?  Drinking?

I wait to venture beyond my house until my head no longer is in a fog.  Concerned friends and coworkers ask how I’m feeling.  I look down at whatever I’m doing and mumble “fine,” moving on and hoping they will, too.  Usually, they don’t know what to do and, yes, do walk away or change the subject, though only because I’ve made it awkward.

I can tell them that I made “a human mistake,” that I forgot to take my meds.  In their eyes, I see that they’re relieved that my episodes usually are controlled.  But I also see (or imagine?) an accusatory “how could you??” pass across their faces.  How could I be so irresponsible as to have forgotten meds and put everyone else through the drama of my seizure?  And, so, humiliation settles in.

It’s this shame of irresponsibility that keeps me from self-acceptance when my epilepsy hits full force.  Having epilepsy is nothing that anyone deserves, but forgetting meds is wrong.  I’m at peace with telling people about my disability, but humiliated when I let my trigger grab me and can’t stop wondering about the fear, worry, and inconvenience the seizure may have caused.

So, should I be ashamed?  Perhaps, but at least I’m not ashamed any longer of the epilepsy in itself. My seizures are rare, seemingly coming every two to five years.  And it is up to me to keep them away.  Only then will epilepsy no longer have its grasp on me.