Epilepsy can provide masses of inspiration.  If not the source of creativity, then we most likely need not feel it has diminished after our first seizures.  At least that’s how I see it… but, I guess, everyone doesn’t think the way I do.

I learn what others with epilepsy are thinking and feeling by reading responses to questions posted on www.myepilepsyteam.com.  The differences in ways they interpret topics and queries is fascinating.  So, I asked about creativity and whether they feel their epilepsy made them more or less so.  By and large, a couple of themes surfaced:

1.     They were creative before their epilepsy presented and, happily, continue to be.
2.     They associated creativity with IQ, saying that they experienced declining cognitive skills after their first seizures.  Their creativity sometimes did and sometimes didn’t diminish. 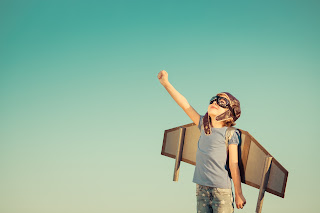 These, of course, were the most frequent answers, not all of them.  I’m happy to see the first and surprised by the second.  Is creativity really tied to what is measured in IQ tests?  (Personally, I don’t think so.)   Is it being defined too narrowly?

Me?  I have more than a single view of my creativity.

On the one hand, I feel my epilepsy may have made me potentially more creative.  When my first seizure hit at age 18, I experienced an aura that brought on what turned out to be illusions, but they were nonetheless beautiful.  I almost floated among people, unable to communicate with those around me, yet knowing everyone’s thoughts. For a brief 20 minutes, I felt as though I was watching a play.  Then, with no intermission, I found myself in a hospital.  Thirty-nine years later, that aura remains a crystal in my memory.  I can’t remember what I ate for lunch yesterday, but my senses come alive when I think of that first encounter with my epilepsy.

But it remains unmined.  Is it a missed inspiration for creativity?  I wrote one rather stream of conscious poem about it, but, truth be told, I didn’t really spend the amount of time on it that a “real” poet does.  Nonetheless, I continue to feel that the memory of my aura could help stoke my creativity.  If I haven’t acted on it yet, does it mean I’m not creative?

On the other hand, I have novel ideas when it comes to strategic planning and marketing.  They may not be artistic in the classical sense, but they certainly are creative.  And they bring me joy.

Here’s where I ask again if we have the tendency to define “creativity” too narrowly.  Is it just artistic skill?  Of course not.  The arbiters of the English language don’t define it as such.  Despite this, many limit its meaning to the arts until they think about it again.

So here’s to opening ourselves, we with epilepsy, to the beauty and joy of all the varied kinds of creativity!

TWITTER CHAT:  And don't miss your chance to connect with bloggers on the #LivingWellChat on November 30th at 7PM ET.