Those of us suffering from epilepsy have to have a tougher skin than most. It causes
those of us who have it to change their lives dramatically. For example, you shouldn’t drink alcohol while taking anti-epileptic drugs. For a limited time after a seizure, it is illegal to drive. Again, some people do anyway. Risky, but people still drive, regardless. The length of time varies in each state, from only months to several years. Some drugs necessitate eating a certain way or not to eat certain foods. 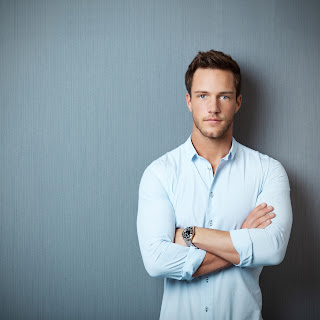 Epilepsy is not a sickness, not a disease. It is a condition. There is no way to “catch” it from someone else. Epilepsy is not like the common cold or a broken limb, which, if given time, will mend or run its course through your body. Often, without surgery, it will not go away. It is forever.
There is no way to determine how, why, or when you will have a seizure.  That’s what makes this condition so hard to understand. Some people get an infection and the seizures start. Some people have it run in their families, so that could be another trigger. Some people, like me, have a traumatic brain injury, and after having the seizures lay dormant for a decade, they rear their ugly head and totally turn your life upside down. This list is just a few reasons why people can have epilepsy. There are more reasons. Many more, but let’s just start with those I’ve mentioned
There is no one drug or combination of drugs that will work for every person. Every case of epilepsy is different because everybody’s brain chemistry is different. Therefore, it is trial and error to find the right medications that will stop the seizures for you. What stops the seizures for one person could be something totally different for someone else. It may take surgery for some people to rid themselves of seizures or it may take something as small as two pills a day.
Unfortunately, though, finding the right drug or combination of drugs to stop the seizures is not an easy thing to do. The process can often be a long and arduous task. It takes about eighteen months to figure out if a drug works for you. For some people, me included, this process can take many, many years. When you have tried as many drugs as I have, more than ten at last count, you can understand how frustrated I get because a solution has not been found.
There are side effects for each and every anti seizure drug (sometimes referred to as AEDs) out there.  Some of the more antiquated drugs have harsher side effects than the newer ones, but, if your doctor recommends them and they work for you and you can tolerate the side effects, then use them and more power to you.
The biggest hurdle I have to overcome everyday is the fear of having a seizure while I am out trying to have a “normal” day. This fear is always lurking in the back of my mind, either consciously or subconsciously, because I have had several while I am out and about. It definitely puts a big crimp in your day!
These issues are the biggest challenges I have to face on a daily basis. Believe me, I know it makes life harder to live, but they continue to be a part of it, whether I want them to or not.
We with epilepsy have to have tough skin.