on May 05, 2017
I’ve been struggling with the notion of living “authentically.”  Every place you look you find people espousing the importance of being authentic.  We are supposed to be our true selves… but we also need to exist within the world as it is.

I’d contend that no one – with or without epilepsy – who has impulse control truly can live happily and be 100% authentic.  Sure.  You should be true to your values, but perhaps not always to your emotions.  No matter how much you disagree with your boss, it’s probably not a good idea always to say no to him/her.  If you’re naturally a glass half empty person, you may want to try to change your point of view to glass half full.  (You’ll be happier and so will the people around you.)  Similarly, if you don’t like how you look, telling people other than your closest friends probably will become boorish.  The examples are endless. 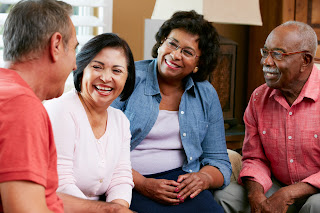 And what about epilepsy and authenticity?  How much are you going to tell others about your condition and its challenges?  This can get tricky.  On the one hand, the labels “person with epilepsy” and “epileptic” don’t bear the stigma in developed and many third world countries they once did.  The Millennials, in particular, aren’t as judgmental as some older generations.  After all, few of them will abide being judged themselves.  In short, many people with epilepsy who used to cover their condition can live more authentically, coming out of hiding.

On the other hand, there’s often still the aversion to being around someone with epilepsy when they have a seizure – and the subsequent distancing of others can make we with epilepsy feel stigmatized.  This is where what I’d not call authenticity, exactly, but rather a simple briefing comes in.  When you let people know you have epilepsy, also give them a quick “here’s what you do if I have a seizure.”  It may not end all of their fears, but it could make them more comfortable with being around you.  Not knowing what to do when someone is in trouble feels plain awful.

Then there’s the workplace.  Almost all of us with epilepsy want to know if we should let hiring managers know before or after we’re hired that we have epilepsy.  Legally, you don’t need to reveal your condition, though you may want to depending on the job and/or the people interviewing you.  (I hope it goes without saying that you shouldn’t be applying for the position if you know that the severity of your epilepsy keep you from fulfilling your duties in your job.)  Awhile after you’re hired, though, I suggest you tell your manager, who will need to make the choice about whether or not to tell the others who work around you.  Just like everyone, they’ll feel best if they know what to do should you have a seizure.  I’ve made the mistake of not doing this, and I feel I still owe an apology to those colleagues who were taken by frightening surprise.)

And what about authenticity and our emotions elicited by epilepsy?  You, no doubt, have challenges others can’t even imagine.  I’ve felt them, read about them on others’ blogs, talked to many people like me with epilepsy and their parents, and feel that every bit of pain is real.  Nonetheless, you may want to think before telling everyone about your hardships.  It’s that “glass half empty/glass half full” thing at play again.  If you need an understanding community to whom to vent regularly, I strongly endorse www.myepilepsyteam.com,” a site where you build online friendships and have discussions with people like you.

Living authentically is a tricky challenge.  To me, it’s like looking through a kaleidoscope.  A seemingly simple scene becomes a shifting pattern of refracted lights and darks.  In the end, you simply have to apply good sense to wind your way through it.

Unknown said…
This comment has been removed by a blog administrator.
September 4, 2017 at 12:36 PM