What Gave Me the Courage to Tell Others about My Epilepsy

on March 31, 2017
I’ve been searching, probing, and pounding away at my psyche, trying to figure out what really made me want to begin telling people about my epilepsy.  On the surface, I’ve felt that I finally got angry about the senseless stigma against epilepsy.  But why?  What sparked it or what was wrong before then that suddenly righted itself? 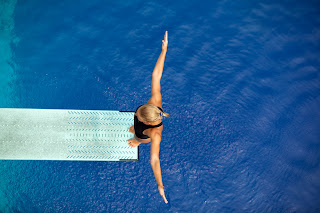 Starting at the beginning, I felt the stigma when first diagnosed because of my own misconceptions of what “an epileptic” is.  This was the Seventies.  People with epilepsy were less than, the other, not like me.  Suddenly I was one of them, and rather than change my views of what such people are like, I changed my views of myself.  As the decades progressed, so did the outside world.  I grew, too, to some extent… but not really.   My confounding Twenties, led to my shaking off of the negatives in my life in my Thirties.  My Forties brought with them more perspective, motherhood, and feeling respected by others.  In a sense, I was maturing.

And then there were my Fifties.  The minute I entered this decade, I felt that I could do anything I wanted.  Don’t get me wrong.  I didn’t think I was infallible, but rather that I could break free of convention, getting a white streak in my hair, painting my toenails purple, and the like.  Soon, I’ll get a small, discreet tattoo of a moon - purple, of course!.  The definitions of each distinct decade of my life were all unnecessary constructs I had made up.  Nonetheless, I internalized them and, to some extent, shaped my life by them.

Halfway through my Fifties, I suddenly felt that coming clean about my epilepsy became part of my “to heck with all of you” attitude.  Let’s face it.  It was a mid-life crisis.  I was in a revolt, and my zeal physiologically felt invigorating, similarly buzzing like the enervating experience when angry.  Ah, ha!!!  I had confused the two.

Lo and behold, people whom I told about my epilepsy reacted pretty well – surprised, but accepting, and usually curious to hear more about epilepsy.  They didn’t let me down.  And in doing so, they unknowingly encouraged me to take one step further.

Beginning to work as a volunteer with the Epilepsy Foundation New England and blogging, I now was becoming an advocate, something I had wanted to do for a long, long time.  Epilepsy, in fact, wasn’t making me “lesser.”  It’s was giving me a sense of pride in my rising up against the challenges of our condition and being part of a community whose members all have to do so.

So that’s it.  It was an “I’m me, and I’ve been around for too long for anyone to tell me what to do.”  All I can say is that I’m glad that the Millennial generation has figured this out before waiting five decades.  We with epilepsy are not the other.  We’re all part of a diverse world, not defined by any one aspect of ourselves, and certainly not by having epilepsy.