on February 10, 2017
For most of my adult life, I’ve kept epilepsy in my closet like an ugly coat.  I didn’t want to cloak myself, so to speak, in what I used to see as a shameful disorder.

Of course, it’s far from that, though some others may react in shameful ways when they hear about it.  I decided to step into the open about my condition a little over two years ago, and, for the most part, the people I’ve told haven’t let me down. 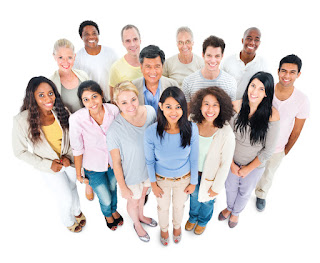 Nonetheless, I have to say that to a one, there seems to be an element of surprise manifested in their seemingly taking a moment to reorient themselves to the truth.  After all, I’m not cognitively impaired.  I’ve lived a fruitful life, with a wonderful marriage, a child (who doesn’t have epilepsy), and professionally.  I’m generally confident.  What I sometimes feel when my meds are a little off, they never see.  In other words, in their view of the world, I’ve seemed “normal.”

And I’m not unusual.  One out of one hundred people have epilepsy, but others don’t notice anything different about most of them.  Many of these high functioning people with epilepsy aren’t telling those without epilepsy that they have the condition.  Instead, most of us who have epilepsy that shows, either in frequent seizures, brain damage, or the visible disorders that can go hand in hand with the condition appear to be “an epileptic.”

While these are among the strongest people whom I’ve ever met, others don't necessarily see them that way.  It's not fair.  They deserve the respect of all, and then more.  Nonetheless, they don’t represent the majority.  Seventy percent of people with epilepsy have controlled their seizures with medications, VNSs, and/or RNSs.  The one big reason that the perception remains is that so many of us in this 70% don’t admit we have epilepsy.  If we did, there would be little surprise that someone others know well has our condition.

The question, then, is how to make us all feel comfortable telling others.  It’s kind of a chicken and egg thing, unfortunately, but it’s our responsibility to take the first step if we want others to accept us as we are.  We have everything to gain from being brave, choosing the right moment to tell others, and making sure we’ve firmly established a positive relationship with that person before we do.

If you’re now hiding your epilepsy, please remember that it’s not shameful.  You have so much that’s wonderful in your life.  And you’ve had to overcome a challenge that 99 out of a hundred haven’t.  So please take the next step.  Make yourself a shining example of many of the people with epilepsy.