on February 24, 2017
My traumatic brain injury is, without a doubt, the biggest challenge I have had to face. The resulting epilepsy is another huge obstacle, coming in a close second, but second nonetheless. Both of these handicaps have left me with side effects that will exist until the day I die. I have to accept them because it is what it is and they will never go away. The facts are these: I was struck by a car, resulting in epilepsy 10 years later. That’s what happened. It is undeniable and can not be changed. 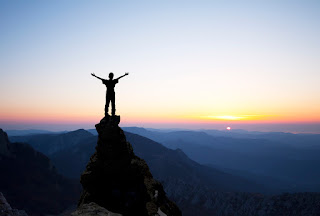 The seizures, not knowing where or when they will strike next, have altered my life in many ways. I recall once at Disney, right before a ride, a warning sign said beware if you have epilepsy. I thought I could take it, go on the ride without any repercussions and go on my way. Initially, I was fine. No seizures, felt normal. It wasn’t until later that night, 4 to 5 hours afterwards, did I have a seizure, right there at Disney. So, it may not be immediate, but if it might happen, beware.
Another example is when I play a sport. I have to be extra careful when there is a possibility of a head concussion that might cause a seizure. Even if I wear a helmet in football, there will always be a greater chance just because of the nature of the sport. Not so much in baseball, but I never could play baseball, so the chance of the ball hitting me instead of the glove, would greatly increases the chance of a head injury. Hockey would be the worst for me, a total nightmare. Slick ice. Inability to ice skate. Both lead to a concussion on the ice.
As maddening as it has been for me to live with epilepsy these past 24 years, things could be worse, much worse. It is good for me that they weren’t. The side effects of my medications and the fear of having the next seizure -- however much I don’t want them to exist -- will always be with me, no matter where I go or what I do.  There is no machine, no magic pill, that will make the past different. The past is a fait accompli.  It is set in stone.
One of the most important things anyone can do is be positive and, as time passes, so will your life, It always does. I remember when I first injured, I could barely walk or talk, for that matter. Agreed, it’s been over 30 years since my accident and 20 years since my epilepsy started, but my life has gotten so much better. Over the years, I have …

And so much more.  Life keeps getting better and easier for me the more I try. If you give it the old college try, you can succeed anything!


Remember:  The only thing that can be changed is the present and, in doing so, your future. And that’s a great deal that you have in your power to direct.  Your present will predict your future, so make it a good one.  If you do, you won’t have any regrets.