Kids with Epilepsy: You Can Change the World

You have so much to give.

You’ve been handed epilepsy, and, depending on its relentlessness and the form it takes, you sometimes may wonder if that’s it for your life.  Are you forever to rely on others to do things for you?  Are there people who will think less of you when they find out you have epilepsy?   Will they be afraid of you?   Venturing out in the world can be difficult for some of you… but chances are that it won’t be quite as bad as you think.  In fact, at the same time, it may help you have a much greater impact on the world when you do. 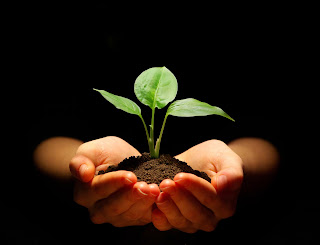 You could begin by maybe even changing the world for people right at home or in school (yes, maybe even with the bullies!).  You already have experienced adult life lessons given by having lost control of your body and, most likely, feeling frightened right down to your bones.  You also have learned what’s necessary to do to carry on.  With the emotions you’ve had and understandings you’ve gained, you’ll have a much easier time of putting yourself in other people’s shoes, being empathetic, and helping guide them.  Even if the reasons are not seizures, perhaps something will happen to them that makes them hurt or afraid.  Maybe they’ll lose control.  Who better than you to tell them “I know what it’s like” and make them feel better? You could give them strength.  Who knows?  You even might change their worlds.

But what if you have too many seizures to go out of the house and meet people  often?  There may be days when you feel lonely and bored, afraid that you’ll never contribute anything to others.  Think about it, though.  You’ve been given the gift of time, as unwelcome as it may feel.  You could use it to change the lives of countless people whom you may never even know.  It is you who can participate in clinical trials (if your parents and doctor think the specific ones are OK for you).  So many people don’t have the time, but you do.  If you have a caregiver who is able to take you to the hospital and you qualify for the trial, you will be among the most important people needed to find new ways to treat epilepsy.

But what do you want to do?  Don’t worry if you don’t know yet.  Just like everyone, you need to begin by trying out different things while you’re a kid.  Make an effort to get out of the house if you can and, if possible, try sports, art classes, drama, taking care of animals, volunteering at the library, doing anything you can.  See what you like.  If you’re at home, you could spend time online researching and finding ideas, topics, and pursuits that grab your imagination.  There are ideas around the corner and so much work that needs to be done to make this world a better place.

Not convinced yet?  Have you heard of Supreme Court Justice John Roberts, Prince, the musician, Chanda Gunn, goalie for the 2006 US Winter Olympics Hockey Team, or Jason Snelling, football player for the Atlanta Falcons?  Reaching back into history, what about Sir Isaac Newton, Emily Dickinson, and Edgar Allen Poe, to name only a very few.  Some people even associate Julius Caesar, Socrates, Albert Einstein, Napoleon Bonaparte, and a host of others to epilepsy.  Throughout time, great people with epilepsy have changed the world, and there’s no reason that you shouldn’t find your special way to do the same.

And if you ever feel alone and frustrated, I’ll be cheering you on.  So many of us will.