on November 03, 2016
Please welcome guest blogger, Shan O'Meara! Suffering crushing side effects from Depakote, Shan decided to take charge of his care, no longer simply accepting all that his doctor told him to do. The quality of his life changed dramatically, as you'll see. Please join me in a loud "bravo!" to Shan. 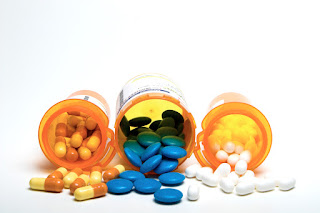 As I have gotten older (I am now 43) I began to question, if not just to myself, but also to my doctor, exactly what he was doing. It’s hard to quantify, but being on Depakote made me not care about anything. With each passing doctor’s appointment, I would have nothing to tell him. Finally, I got off of Depakote, and I now always create a list before each appointment. Writing things down made it easier for me to remember what I wanted to say to the doctor and I had plenty of questions for him each time.
Epilepsy became a part of my life at age 20. I was struck by a car when I was 10, but the seizures didn’t start until I was 20.  There are a lot of meds I haven’t taken - yet there are quite a few I have.  For the most part, the meds I took just didn’t work for me. I’m not going to list them all here, but I have experience with more than 10 different ones, in total. The first drug I was on for about 18 months. I still was having seizures about once every month or two.  After that, I was switched to my second, Tegretol, again for 18 months. This drug was a little better, but not good enough, again lasting for about 18 months. I was put on a third one, but that only lasted for about a month. They all didn’t work. The fourth one, Depakote, was the winner, or so it seemed. I was taking 3000 mg a day and it turned me into a zombie. It kept the seizures away for 20 years, but had the worst possible side effects -- six, to be precise.  The one that worked well, Depakote, kept the seizures away for 20 years, yet had the worst side effects.

As I was very young, and very naive at age 23, I thought, “if the drug works, I’ll only have to take it for a little while.”  As months turned into years, and years turned into decades, I knew I was going to have to be on it forever.

Finally, I went to another doctor, who got me off of Depakote, but did so without weaning me onto something else at the same time -- my biggest regret about seeing this doctor. However, he took me off the Depakote, kind of a catch-22 – and I’ll be forever grateful.

Life has been unbearably hard for me, but as I said before, I was too young and naive to know any better. I just thought this is what my life was going to be like until my dying day. For 20  years, I had been on the drug, but then it happened. I was taken off the Depakote and my whole life changed for the better. I was shocked at how much changed.  It was that big a moment.

Since then, I have been on several different drugs with varying degrees of success. I had a seizure monthly while on Dilantin. Tegretol is a little better. I was on Neurontin for too short a time. Not until I was put on Lamotrigine and Vimpat did my life change dramatically. Now, I have found one drug that works well for me, and that is where I sit today, having my life been given back to me after being away for so long.