Finding a Way to Acceptance 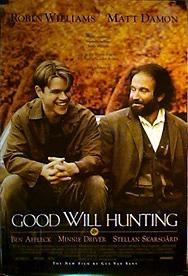 I was reminded of the movie’s scene the other day.  And with my recent understanding of my epilepsy and its place in my life, it all makes such sense.  Many times we hear of abused children or spouses who come to think that somehow they deserve what they’re getting.  They must be fundamentally bad or, at least, different from the rest of humanity.  They should live quietly, getting by as best they can in society.

Because of my epilepsy, I lived for years feeling that I was a weirdo, “the other.” Somehow, I thought that I didn’t deserve anything I got and any successes were just examples of my fraud of a life. I was in hiding with misplaced shame and pretty successful at it, too (except when I had my tonic-clonics!).

What about you?  If your epilepsy is controlled, are you, too, able to get by, living seemingly “normally” in the world?  Somehow, though, do you feel you are different from others?  Maybe you’re displaced on a road running alongside the main thoroughfare of humanity, never merging with it.  Maybe you have pushed your epilepsy so far down in your consciousness that you take your meds mechanically, never thinking about what they’re for.  (I did that!)  We all have our own ways of feeling separated, perhaps even, like Will Hunting, feeling that somehow this all is our fault.  It’s not, of course, but easier said than internalized.

What will be your process for finding your way to accepting your difference, living what many call “authentically?”  You are not your epilepsy; you simply have it, just as you do your love, talents, strengths, and other differences.  And just like these others, you need not carry a sign proclaiming it, but you need not hide it.  How will you truly accept yourself?  What’s your catalyst for change?

For me, what was a self-image quagmire slowly morphed into anger about the situation.  I understood why the stigma existed, but my thoughts about myself because of it made me furious.  Yes.  Anger was my catalyst.  I somehow stopped letting epilepsy define me and decided the best way to cement my newly found feelings was to talk about it and look for opportunities to educate others (gently).   By doing so, I’d help make the people around me understand and not be afraid of it, of me.  I’d merge into the thoroughfare, where I wanted to be.