It was time for me to shed the light on my epilepsy...

on September 13, 2016
In 1976, I experienced my first seizure.  I was in my high school hallway between classes (read:  teens all around), having felt all morning as though I was disconnected, somehow reading everyone’s minds.  What an aura.

The next thing I knew I was in the Concord, NH, hospital, while they tried to determine if I was “an epileptic.”  And so began my feeling of being the other, of being weird, and of humiliation.  My cognitive abilities just weren’t what they used to be.  Was it the epilepsy or the Phenobarbital?  Regardless, it was me, and I was less of a person to my way of thinking.

Fairly soon, I moved onto more effective meds, which allowed me control.  My self-esteem stayed damaged, though, and, like so many, I hid my condition.  I only dealt with it when I would forget to take pills and have a full-out grand mall seizure – usually with people who didn’t expect it because, that’s right, I hadn’t told them about my epilepsy.

What a waste.  Not only was I in a dangerous part of the shadows, I wasn’t handling the root of my problem, the stigma.  Furthermore I was missing out on an opportunity to help many others’ find their way out of their uneasiness about epilepsy by giving them the information they need to view it realistically.

As time went on, I had seizures every few years, but only when I forgot to take my meds.  Because I was covering up my epilepsy, I hadn’t told people around me at work or even good friends that I have epilepsy.  It was a shock to all when I had seizures.  And I owe apologies for having put the people who spent so much time with me through my tonic-clonic episodes without alerting them and coaching on how to respond. 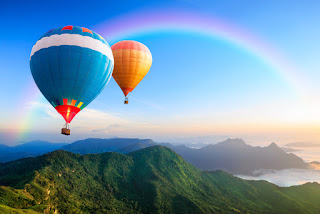 Growing weary of my self-diminishing secrecy, I decided it was time for a change, but only after 36 years had passed.  What a waste it had been.  I looked for opportunities to tell others with whom I had established relationships that I have epilepsy, how common a condition it is, and how to help someone having a seizure.  I found openings when asked what my medical bracelet was for and waited for other appropriate moments to begin spreading the word.

It got easier and easier, and a common belief began to bear out:  The stigma against epilepsy partially lies in others’ fears.  I could see many of their bodies clenching when I initially told them.  However,  as I spoke to them and they learned facts —especially about what to do if a tonic-clonic seizure strikes – they began to ease.  Granted, these may be especially open-minded people, but it did bolster my courage to continue on.  And I’ve found that almost all those I’ve told haven’t let me down.

I'm blessed with being able to control my tonic-clonic seizures via medication.  Nonetheless, I hid my seizure condition for 36 years. Finally tired of the stigma against epilepsy, I said "no" to staying in hiding, choosing apt moments (ideally somewhat casual ones) to tell people with whom I have an established relationship, of my epilepsy.

The stigma against epilepsy is culturally based, as well as a product of ignorance.  It's up to us, through our open discussions and abilities to teach others about this not-so-rare condition, to start to change the unfounded perceptions about epilepsy, do away with the stigma.

If you want to get in touch to talk about the ideas on this blog, please don’t hold back.  You can reach me at @LightEpilepsy or zettera.az@gmail.com.  I look forward to hearing from you!